Benefits Of Using A Sauna 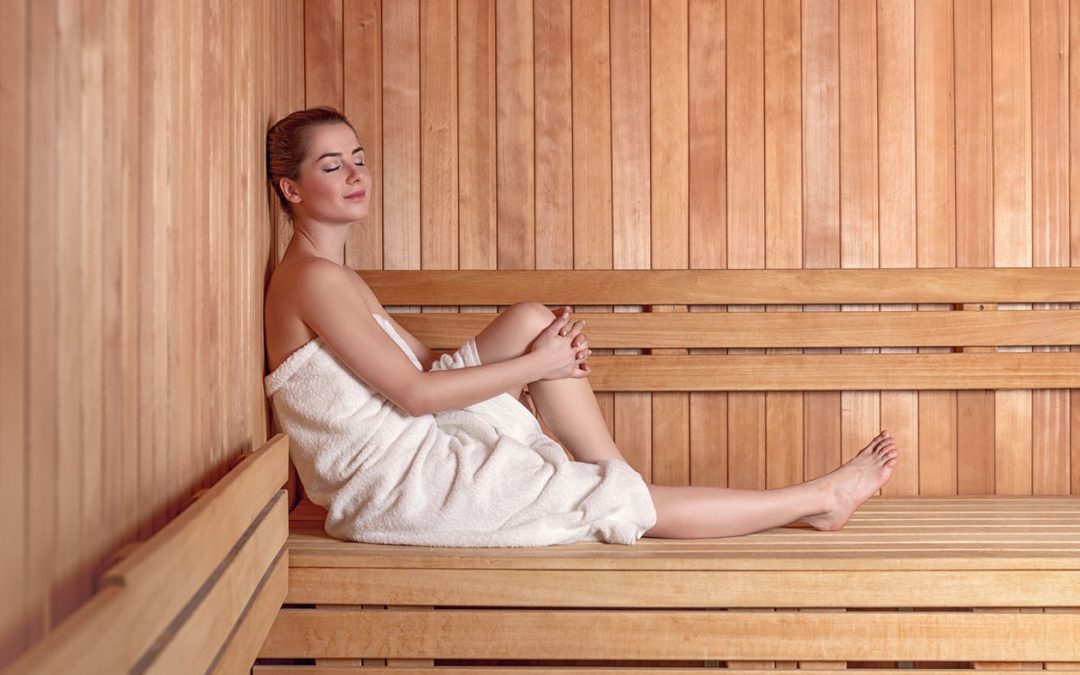 Saunas are small, self contained rooms or buildings that are heated using wood, electric or UV heaters and include controls that allow you to control the temperature. Some saunas also include rocks as part of their heating element. Water can then be poured on these rocks to create steam.

Saunas have been used in places like Finland for over 2000 years, starting out as nothing more than pits dug into the side of sloped ground which were heated with wood fires. Over time, the benefits of saunas became apparent and their use spread. People across the world are now experiencing the many benefits of regular sauna use.

Benefits Of Using A Sauna

When you’re immersed in the high temperatures of a sauna your core body temperature begins to rise. In response your body will begin to sweat in an effort to cool itself down. While sweat is almost all water, it does also contain traces of other elements. Some of these elements are harmful to the body. Sweating for long periods of time has been shown to reduce levels of lead, copper, zinc, nickel, mercury and other toxins that are commonly absorbed just from interacting with our daily environments.

Along with flushing toxins from your body, sweating also has several benefits for your skin health, including:

A German study found that the skin of regular saunas users could better hold moisture and maintain a healthy pH. In addition, sauna users had less sebum on their foreheads, suggesting that they were also less likely to get acne.

Another way that your body responds to the high heat found in saunas is for the blood vessels near the skin to dilate which increases blood flow, reduced arterial “stiffness” and temporarily lowers blood pressure. All of these reduce the work load of the heart and can promote good heart health in the long term.

In a 2017 study, Tanjaniina Laukkanen’s research team at the University of Eastern Finland found that men who often used saunas had lower rates of heart disease and Alzheimer’s disease than did those who used saunas less often.

Under the high-heat provided by a sauna, the body releases endorphins which minimize pain. Endorphins have a mild “tranquilizing” effect; minimizing joint and muscle soreness from, say, an intense physical workout.

As the body temperature rises in the heat of the sauna, blood vessels dilate allowing for increased blood circulation, which also speeds up the body’s natural healing process. After physical activity, using a sauna will help promote muscle relaxation by helping to reduce muscle tension and eliminate lactic acid and other toxins that may be present in your system.

The Alzheimer’s Association includes sweating as an important way to improve brain health. This is because the brain-derived neurotrophic factor, or BDNF increases with regular sauna use, activating the growth of new brain cells, better maintaining existing cells, and improving neuroplasticity, the brain’s process for forming new neural connections.

A 20 year study conducted with over 2000 participants at the University of Eastern Finland by Dr. Jari Laukkanen and his colleagues revealed regular sauna use (at least 4 times per week) at 176 degrees Fahrenheit for 19 minutes or more lowered the risk for both Alzheimer’s & Dementia.

A medical research study  shows that saunas were able to significantly reduce the incidences of colds and influenza among study participants. As the body is exposed to heat and steam (as found in some traditional saunas), it produces white blood cells more rapidly. This increase in white blood cells in turn helps to fight illnesses and kill viruses that may be present in the body.

For those that are already sick, saunas can also help relieve the uncomfortable symptoms of sinus congestion from colds or allergies.

Sauna usage burns calories as the body uses energy in the sweating process, mainly due to the acceleration of heart activity. Medical research has shown that your heart rate can rise from 60-70 bpm (beats per minute) to 110-120 bpm in a sauna, providing similar benefits similar to that of moderate exercise.

As heart activity increases and as these processes demand more oxygen, the body begins to convert more calories into usable energy. According to U.S. Army medical research (Ward Dean, M.D.), “A moderately conditioned person can easily sweat off 500 grams in a sauna in a single session, consuming nearly 300 calories in the process.”

Research has shown that a deeper, more relaxed sleep can result from regular sauna use. The drop in body temperature that occurs once your body cools itself from the heat of the sauna is one of the circadian cues that your brain uses to determine that it is time to sleep. This explains why a warm bath or a shower before bed can improve sleep quality.

Since a sauna typically heats the body up much hotter than a warm shower, however, it can take your body a few hours to cool down to the point that it is ready for sleep. In order to improve your sleep quality, consider trying a sauna session before dinner in order to allow the body enough time to cool down by bedtime.

From promoting better sleep to improving heart and brain health, to helping you fight illness and promoting muscle recovery; saunas provide a wide variety of benefits. To learn more about our Canadian made Dundalk Saunas and the features and benefits that they provide, talk to one of our sauna specialists.

We specialize in the sale of Hydropool hot tubs & swim spas for Central/East Ottawa, specifically Orléans and parts of Eastern Ontario. We carry a variety of water care products and specialize in water testing.